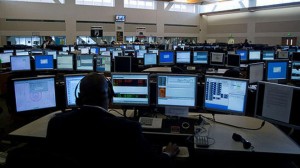 A month after a failure of LA’s radio dispatch system that a City Councilman feared could have put lives in danger, a city engineer reported on Friday that the problems have been fixed.

Power went out to the city’s radio communications system April 18 during a test of a backup generator atop Mount Lee in Griffith Park, cutting power for 12 hours. It prompted the Los Angeles Police Department to resort to a backup that included a “less-than-ideal” plan to staff phones to take emergency calls at each of the city’s 25 stations.

The failure came on top of a breakdown that occurred in the San Fernando Valley four days earlier. It was exacerbated because the news came as the Los Angeles Fire Department had reported problems with its communications systems.

The news came Friday at a city Public Safety Committee meeting at which Councilman Mitchell Englander said that the city is considering possible legal action against the vendors that contract for communications systems.

The city’s engineer Gary Moore told the Public Safety Committee that the communications system is fully operational. He also said that in a few weeks the city will begin upgrading electrical systems on Mt. Lee and that he didn’t expect any service interruptions.

Englander had called for an investigation into the blackout and a final report on the problems weren’t complete. The report was expected to be reviewed in closed session at a future meeting because of potential security concerns, Englander said.